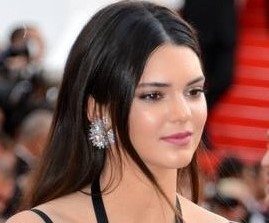 Kendall Nicole Jenner is an American fashion model and television personality. She best known for the reality television show Keeping Up with the Kardashians. She made her runway modelling debut for the Sherri Hill prom dress line in 2011, and also modelled for the Hello Kitty Launch for Forever 21. She and Kylie were named by Seventeen Magazine as Style Stars of 2011. Jenner was named as one of People magazine’s 50 most beautiful people in the world on April 9, 2014. Time magazine named the Jenner sisters as two of the 30 Most Influential Teens, once in 2014and again in 2015. Jenner is also the subject of the most-liked photo in Instagram history.