With only 20 years Tom Holland already plays in the same league as big Marvel legends like Samuel L. Jackson, Robert Downey Jr., and Chris Pratt to name a few.

With the arrival of the new Spiderman movie Homecoming drawing nearer, the born Englishmen gets a taste of what it means to be a part of the Marvel factory. ComicCon, Photoshoots and Press interviews are now part of his daily routine.

Despite, his young age Holland is used to all that, as he has been in the business for quite a while now, since 2007 to be exact. As a part of the West End Musical Billy Elliot, Holland made his first movie within the scene of show business.

After Billy Elliot, Holland merely focused on making movies, he started in movies like the Impossible, with Naomi Watts and Ewan McGregor and In the Heart of the Sea where he Co-stared to Chris Hemsworth. 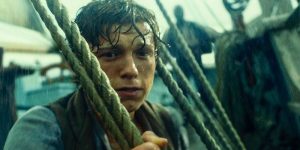 However, the big break came with the announcement that Holland would be the new Peter Parker who will be a regular feature of the Marvel Cinematic Universe. The first appearance he did as Spiderman came in 2016 as a part of Team Iron Man in the Captain America: Civil War Movie. Since then, fans have been waiting for the stand-alone Spiderman movie which will come out in July this year.

We cannot wait to see Holland in action as Peter Parker, as well as his next big projects.