Olivia Irene Gonzales born January 23, 1996, better known as Chachi Gonzales, is an American dancer, choreographer and occasional actress. She is a member of the dance crew I.aM.mE, which 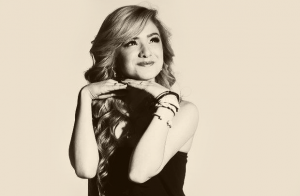 won the sixth season of America’s Best Dance Crew in 2011. From 2011 to the present, Gonzales has taught many dance classes and workshops in United States, Philippines, , Russia, the UK, Ireland, Mexico, Spain, Australia, Brazil, Canada,  and India.

Chachi has more than 1 million likes on her Facebook page and millions views on YouTube. On her YouTube Channel, Chachi posts tutorials, challenge and compilation of her dances named “Mystyle Monday“. Her nickname “Chachi” short for “muchachita”, means “little girl” in spanish.