Pia Mia is an American singer, songwriter, and model from Guam. She began her career by posting covers on YouTube. Her cover of Drake’s song “Hold on, we’re going home” has more 8 million views on YouTube. On December 23, 2013, Pia Mia released The Gift, her EP online for free. At only 19, Pia did some featuring with artists as Chris Brown and Austin Mahone. She recently released a 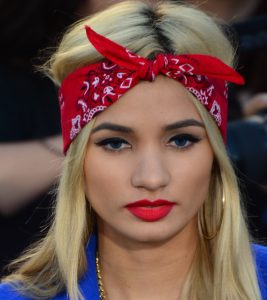 song with Will i am “Boys and Girls“. She has a close friendship with Kylie Jenner. She’s been  known to hang out with Justin Bieber, Gigi Hadid and Hailey Baldwin.