Elizabeth Koshy AKA Lizzza on Intsagram. Liza is a young american social media personality who is best known for her videos in social video app as Vine and Musically. She has gained huge fame from her videos. This Vine phenomenon has now more than 5 millions followers on Vine and more than 4 millions fans on Instagram.

She is half Indian and half caucasian and she was born and raised in Houston, Texas. 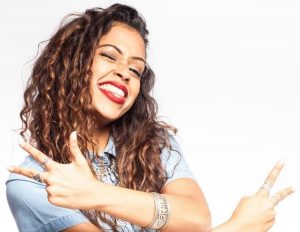 She was one of the Chachi’s Guests on “Dance with me” with Chachi Gonzales.

To discover more about Lizzza, go check her twitter Lizzza