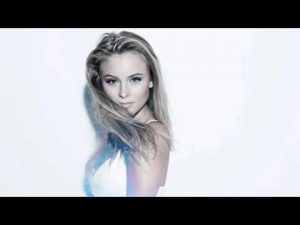 Zara Maria Larsson born 16 December 1997, is a Swedish singer and songwriter. Larsson won the 2008 season of Talang, the Swedish adaptation of Got Talent, at the age of 10.

She better known for her single “Uncover” released in 2012. On 5 June 2015, Larsson released her debut single “Lush Life” from her second studio album. The song reached the top 5 in Australia, Denmark, Norway, the Netherlands, Switzerland, Belgium, Germany, Austria and the United Kingdom. She recently performed at the opening and closing ceremonies in France for UEFA Euro 2016. Just like Rowan Blanchard, Zara is a young feminist.