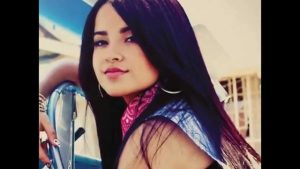 Becky G is a little American-Mexican singer and rapper from the Inglewood block in Cali.  She mostly known for her remix of the Jennifer Lopez song “Becky from the block” and her single “Shower”. Her musical style is an integration of pop-rap and Latin pop music genres. Becky g was a featured artist in the single “Oath” by Cher Lloyd and many others. She provided the song “Monster” for the Sony Pictures Animation and Columbia Pictures animated film Hotel Transylvania which featured American rapper will.i.am. She recently had a relationship with the singer Austin Mahone.