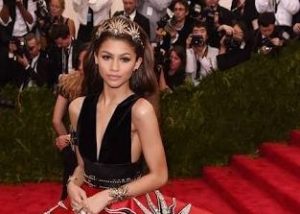 Zendaya, was born in 1996 and stared in the Disney Channel sitcom Shake it up. Today Zendaya is an actress, dancer and singer.  In 2013 Zendaya was nominated and is a contestant on season 16 of Dancing With the Stars. She mostly known for the song “Swag it out” and “Replay” released in 2013.

In 2013, Zendaya started work on a clothing line, inspired on her clothes on Shake It Up, the Shake It Up Dance Clothing Line by Zendaya.

For more about Zendaya, go check her twitter Zendaya.