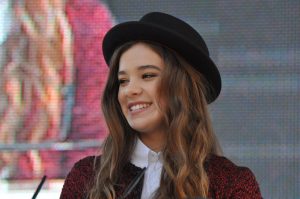 Hailee Steinfeld is an american model, actress and singer. She better known for her portrayal of Mattie Ross in the 2010 film True Grit. She recently released her song “Love myself”  which reaches more than 100bn views in YouTube. In 2015, Steinfeld co-starred in Pitch Perfect 2, alongside Anna Kendrick. In July 2015, Steinfeld and singer Shawn Mendes released an acoustic version of Mendes’ single, “Stitches”.Steinfeld is close friends with fellow actresses Sarah Hyland,and the singer Taylor Swift.